Orange, Marmalade, red, or ginger – whatever you want to call that, ginger Persian cat is nothing less than amazing.

Here’s everything you need to know, from what causes ginger Persian cats that have this amazing shade.

It’s no secret that Ginger Persian cats are among the most popular felines all over the world. And everyone who looks at them thinks that there is something wonderful in their appearance.

This may be because they’ve played such sassy characters on TV and in different movies.

Since they’ve made such an impression on us in pop culture land. As cat lovers, we wanted to find out as much as we could about them. We even wondered if there were any specific qualities of Ginger Persian cat breeds.

Read on to find out why some Persians are ginger-colored and what makes them so extraordinary and special.

What is responsible for the coloring of ginger Persian cats?

It may surprise you to learn that there is so much to decide whether or not your Persian cat will have red hair. There is indeed a “ginger gene” and it has a lot to do with inherited genes and chromosomes.

According to The Spruce Pets, the ginger “O” gene is responsible for producing pheomelanin (the red pigment). And this pigment is so dominant that it overpowers all other colors.

To produce your ginger cat’s color, the gene must be transferred to the “X” chromosome. Male cats have one “X” chromosome, while a female cat has two.

Furthermore, this Ginger gene appears in two variants: ‘O’ which creates red pigment, and ‘o’ which does not. If the Ginger Persian cat is male and receives the ‘O’ type from his mother, it will be Ginger; but if he receives ‘O’, he will instead be Calico or Tortoiseshell.

Female Persian cats need the ‘O’ chromosome on both X chromosomes to be Ginger. If they have ‘Oo’ they will be Calico or Ginger instead.

Due to the fact that females have many more possible combinations; they are less likely to be Ginger and therefore only 20% are.

A whopping 80% of all Ginger cats are male because there are far fewer variables here.

Additionally, male Gingers can come from red, calico, and tortie mothers. While females must have an all-red father and the mother must be red, calico or tortie.

Are all ginger Persian cats tabby?

Yes, they are! Even if you don’t recognize it at first glance. if you look closer you will notice spots, swirls, or stripes on their fur.

You can find Ginger Persian cats in the following tabby patterns:

Mackerel Persians: These are striped and can look tiger-like, you will likely also notice an “M” shape on their forehead.

Classic Persians: When they are classic tabby, they almost look tie-dyed.

Ticked Persians: This type of tabby feline can often give the impression that they are solid-colored ginger cats.

Ticked Tabbies have an almost spotted coloring and a tabby pattern may also be present on the head.

Spotted Persians: in a spotted tabby you will see oval or spotted markings on the coat.

Similar to the Persian cat, the Munchkin is a ginger cat breed that comes in a wide variety of colors.

They are best known for their short legs, small stature, and the fact that they remain kittens until adulthood.

The British Shorthair is a quite famous cat for families. they are incredibly affectionate and relaxed.

They come in different colors, including a variety of beautiful shades of orange.

The American Bobtail looks almost feral, but it can also be a ginger cat! With their curly tails, fluffy cheeks, and intelligent personalities, they make the perfect friends.

The Bengal is a domestic cat that looks like a miniature version of his wild relatives – especially when he has a red coat!

While the correct name for the color is brown, it looks more like a fiery orange.

Abyssinians are playful breed with various red shades, including ruddy, fawn, and sorrel. These red cats are known to be very intelligent, so they need a lot of fun.

These large, rugged-looking kitties come in almost every color.

And although the most common color is a brown tabby, Maine Coons can also be a ginger cat breed.

Are there personality traits associated with ginger Persian cats?

Some people believe that the ginger color influences the cat’s behavior.

Unfortunately, this is not true, and their bright color actually says very little about their temperament.

In fact, your kitty’s breed will likely give you a more accurate indicator instead.

Persians have gained wide fame and love throughout the world. They are cute , friendly and adorable breed of cats.

However, the ginger color makes Persian companions more angelic felines that every cat lover wish to get one of them. 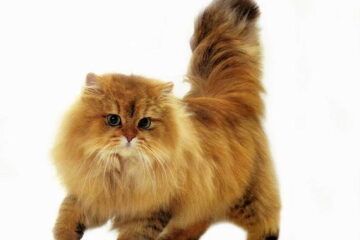 Persian cats are small, yet very glamorous and unlike many other cat breeds that you can find out there. They have a sweet face, their coat flows really well, and their personality is very calm. Read more… 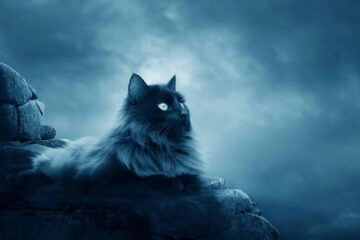 Like the majority of cat breeds, Persian Cats appear in a wide variety of colors and patterns. If a black Persian cat has ever crossed your way, you should be blessed to have that good Read more… 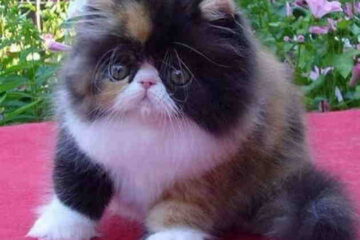 The Calico Persian Cat has special markings compared to other color patterns such as tortie, solid, and tabby. This color is a result of crossbreeding or it may happen naturally. In some places of the Read more…