Cats are known for their delicate appearance with toe beans, light body and small nose worthy of a boop. But nothing makes them look more lovable than when these small and elegant features are in contrast to a big pair of ears!

We’ve put together this list to show you the best cats with big ears – some of which are almost in competition with satellite dishes – so if you love your kittens a bit more bat-like, keep reading!

The Abyssinian is a large and playful cat breed with large ears. Thanks to their large, forward-tilted ears, these cats are always alert and strike with their slender body and wonderfully blunt coats.

They are generally super friendly cat breeds and always eager to play with their humans. So they are perfect if you are looking for a friendly cat with big ears!

These cats are a bit wild in appearance, and there are good reasons for this. Developed from a desire to create a “wild” looking domestic cat, breeders have actually crossed a jungle cat with a domestic cat to create the Chausie.

Regarding the origin of these cats, they are rather large with very big upright ears. However, these felines are so sweet by nature and love their human parents.

This breed of cats with big ears has a personality full of desire for wandering and is quite well suited for walks in harness.

The Cornish Rex is a cat of contrasts with his graceful body, big eyes, and tall ears.

But don’t be misled by their tiny appearance – they are so energetic cats! Some Cornish Rex breeds are active and super playful, you can even teach them some tricks and they’ll love playing catch-up games.

Their strange wavy coat, which looks very soft and that comes from Cornwall in the 50s, is the result of a natural mutation.

The Devon Rex is known for his pixie-like appearance with big eyes and large, curved ears, which look even bigger with their small heads! To increase their impatience, they have a very impudent personality and love to entertain their humans – so you will never be bored with one of these lovely kittens.

Like the Cornish Rex, the Devon Rex has curly hair (the curl is a bit looser in the Devon Rex), which is caused by a recessive gene.

But the gene is completely different, and if you breed it together, you get a kitten with straight hair!

The Siamese is an amazing cat with big ears, best known for his unique coloring and charming blue eyes.

Another unique feature is his surprisingly large and pointed ears, dark in color (a type of coloring called “pointed”).

The roots of the Siamese, who originate in Thailand, are unknown but are presumed to date back centuries ago. Today they are very talkative family members who like to follow their owners and get involved in everything.

This is perhaps one of the most famous breeds of cats with big ears! Elegant in appearance, with a long, slender body, a shiny coat, and a triangular head with pointy ears, the Oriental fascinates everyone who sees his amazing appearance.

The breed was developed as a result of people that aspire to different color varieties of the Siamese so that he has qualities that are very similar to his relatives. So, he is very loud and loving for you!

The Sphynx is a very unusual looking cat, and we’re not just talking about her hairless coat – but also her big ears! Known for their almost “bat-like” appearance.

These unique looking kittens are incredibly affectionate, and many owners say they love to cuddle and even report that they climb under the blanket to snooze with them.

This breed was created as a result of crossing large-eared Rex cat breeds with hairless types in the 1970s, and just like their ancestors, they have a charming and loving personality.

Savannah cats are a mixture of a domestic cat and a serval (a wild African cat with very large ears – which this breed also inherited).

Because of the wild cat in Savannah breeding, their characteristics can be very different, depending on how much serval inheritance they have.

There is no better pet than a cat of the savannah. With the energy and loyalty of the new puppy and the independence and awareness of the best domestic cat, the Savannah Kitten is a breed that has it all.

The Balinese is a breed of cat with big ears and a long, triangular head. Created as a long-haired version of the Siamese, he has a similar appearance and an active and chatty personality.

This cat loves to climb and tend to favor high spaces, so expect him to treat your home like a jungle gym and find them on top of your bookshelves!

Even the Javanese, a branch of the Balinese, boast of the adorably large ears of their cousins! Since they are descended from the Siamese, Colourpoint and the Balinese.

It may interest you to know that they are not actually descended from Java, but the name comes from the fact that Java is a sister island of Bali, so it was chosen as a tribute to their relationship with the Balinese. 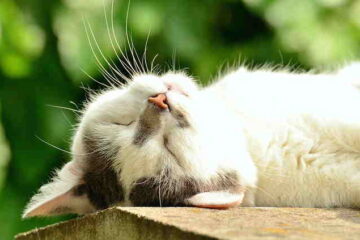 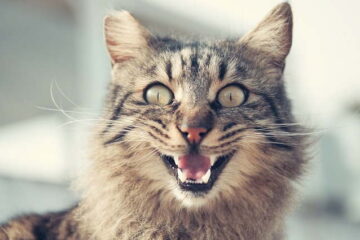