The Calico Persian Cat has special markings compared to other color patterns such as tortie, solid, and tabby.

This color is a result of crossbreeding or it may happen naturally.

In some places of the world, this pattern is known as tortie or tortoiseshell. But, there are actually some differences.

These cats appear in a variety of patterns. They often have a white base with some patches of orange/red and cream.

The word calico refers to certain patterns on the cat’s coat. The names for this type of genetics are dilute and dense calico.

There are many color mixtures like red/orange, white and black and white, and blue/grey.

Cat experts have been studying felines with these patterns decades ago.

Their studies include researches about the cats’ X chromosomes which are responsible for various patterns.

As a funny fact, The calico cat became the official cat of Maryland state in 2001.

In terms of gender, nearly all calico Persian cats are female. You may find some calico male Persians but there is a high risk of being sterile.

Calicos are observed to have the same personality traits as tortie cats. Thus, they are independent, playful, loyal, and friendly.

Common Variants of the Calico Pattern

A calico Persian cat appears in three main colors. So, we are going to talk about the most known combinations below.

It’s one of the common types of calicos. So, A Persian cat with a dense calico pattern is white with patches of black and different shades of red.

Every hair shaft on the cat’s tail, back, and sides is tipped with red and black.

The legs and the face may also contain some shaded tips.

The word dilute means that the cat’s color is much less intense in comparison to tense variation.

This color pattern of Persians is so rare. A mosaic gene allows two basic colors instead of only one.

There is the white spotting gene which is responsible for some parts of the coat.

The calico’s genetics and patterns are very much alike to Persians with tortie patterns.

However, you may find some slight differences which are:
The torties cats have black and red color all through the coat; while calicos get solid-colored patches across their bodies.

This type is among the calico pattern. Yet, in addition to the patches of orange and black; it contains tabby stripes as Garfield.

How Common is the Calico Persian Cat?

Calico Persians are so rare. This is because of the complicated genetic process that produces this pattern.

Accordingly, If you want to get a cat of this type, you may look for some breeders that are specialized in unusual patterns like calicos.

Although the calico Persian cat is very rare compared to other cats, he is still one of the most beautiful, friendly, and attractive felines that you could have.

So lucky are the cat parents who have one of these amazing kitties. 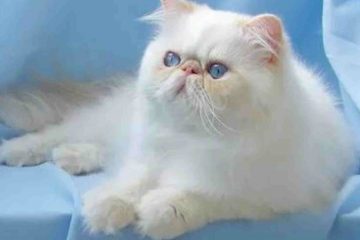 With their delicate features and soft, lush fur, Persian cats are some of the most beautiful creatures on the planet. When you throw in the fact that Persians can come in any color, from white Read more… 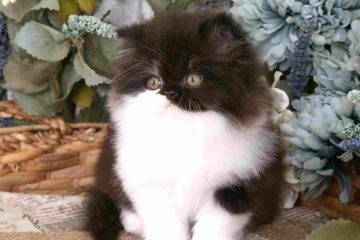 Persian cats come in a variety of colors and patterns, but the classic tuxedo remains a popular motif among lovers of this breed. Still, many people are surprised to learn that Persian cats with this Read more… 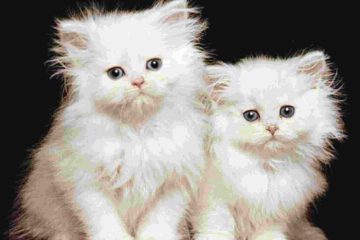 Registered Persian Cat breeders you May trust in 2022